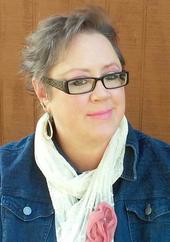 -Excerpt from The Charming Bracelet

I watched Miss Em show me how to open the pod with the little zipper and remove the peas. I did my own and kept getting better as I figured out what worked best. Miss Em's bowl filled up much faster than mine, but that didn't matter. Occasionally there would be a bad pea and we would pick it out and place it in a small pile on the coffee table.  At first I was concentrating so hard on what I was doing that I just didn't have any extra brain power to think or to worry about anything else. As it became more automatic, that was kind of peaceful too. I let my mind wander. The pile of good peas in the bowls got bigger. The bad pea pile got a little bigger too, but there still weren't nearly as many bad peas as there were good. I thought that was like a lot of things.

​Sometimes life handed you a bad pea. You didn't throw out the whole bowl and stomp off to the school office. You just kept on shelling. We did that all afternoon. We kept shelling  peas. The snow kept falling. Not for the first time I just wanted to stay in this time and place and hide. 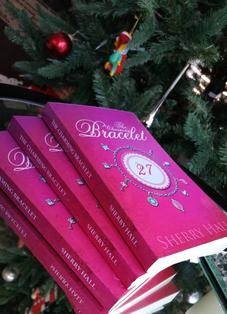 Alexandria Evangeline Malouff has 27 letters in her name. She has been to the principal's office for 27 different stupid reasons this year. Her mom was 27 when she dropped Lexie and her younger brother Anthony off at their grandparents' house and disappeared. Lexie considers 27 her number, but not her lucky number. When Lexie finds a silver charm bracelet in the park, she isn't surprised there are 27 charms on it. There are many surprises in her future, though, that begin when Lexie finds the bracelet's owner, an elderly lady named Miss Em. As Miss Em shares the stories of the charms, Lexie comes to terms with many things in her own life and discovers that 27 might just be her lucky number after all.